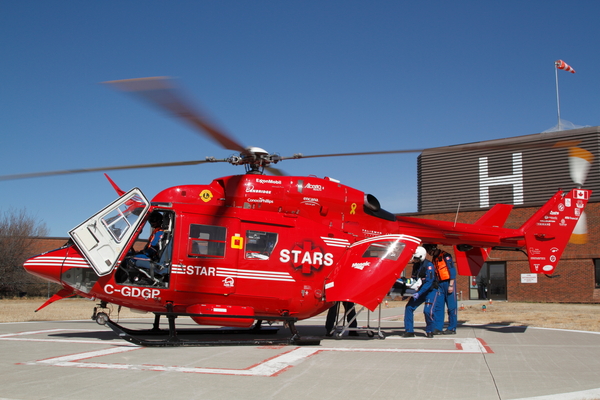 The new $3.4 million rooftop heliport at the Regina General Hospital has been certified for use by Transport Canada.

"Landing directly at Regina General will allow our emergency services to get patients in southern Saskatchewan to a critical care team about 15 minutes faster," says Dustin Duncan, Saskatchewan's Health Minister. "For a patient, that can make a significant difference."

The Shock Trauma Air Rescue Society (STARS) will be able to transport patients to the hospital by mid-December. Hospital staff involved in helicopter landing are currently undergoing training to receive patients.

"This heliport is an important step for improving access to emergency care," says Dr. Terry Ross, STARS medical director and transport physician. "Every second counts when dealing with critically ill and injured patients, so landing right on the roof of the General will help us save time and lives."

The provincial government provided funding for the heliport. A similar heliport will be added to the new Children's Hospital of Saskatchewan, to create quick access between Regina General and the adjacent Royal University Hospital. Construction on the Children's Hospital is expected to finish by the end of 2016.